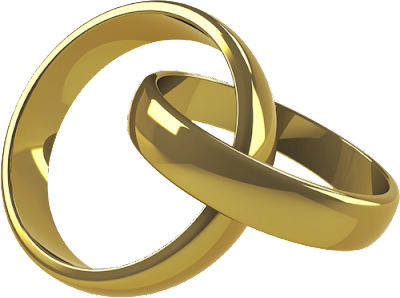 "I take thee, for better for worse, for richer for poorer, in sickness and in health, forsaking all others, as long as we both shall live."

"Therefore, what God has joined together, no human being must separate"
- Jesus Christ (Matthew 19:6)

Love may be blind, but it isn't stupid.

I was driving in to work this morning, listening to WTMX Chicago, and the entire drive was devoted to a promotion they are having with US Cellular called "Is Love Blind?" (Check it out here at http://isloveblind.wtmx.com/).

The basic premise of this promotion is that they are looking for a man and woman who are willing to meet over the phone and online, but never in person, and hopefully fall in love. The end goal is for them to marry in 6 weeks, having never laid eyes on one another.

During this 6 weeks time, we - the listeners - get to hear from them, their friends, their families, and psychologists, and watch as this love affair unfolds.

The belief that love is not based on looks alone is a valid one. But we don't need this public 'experiment' to prove that, we have years of old war-time penpals and current internet matches that prove that theory in spades.

But love IS based on intimacy. It's based on a voluntary and gradual sharing of oneself with another. It's not based on looks, but it is based on attraction. To suggest that this dance of emotions can take place in only six weeks, and in such a public forum, is ridiculous. To suggest that based on these six weeks, a couple can create a foundation for a lasting marriage? Well... that's a disgrace.

This cavalier attitude toward marriage is why so many marriages fail. If after 6 weeks they marry but then it doesn't work out, no worries! That's what divorce is for! People would put more time into buying a home than this. I have spent more than 6 weeks researching a car purchase. But it's harder to get out of a car contract or new home purchase than it is a marriage. How sad of a statement is that?

I'm sure this promotion will get lots of attention and, unfortuntately, lots of entries. A lot of people are looking for love. False promises like this make it seem so easy. Let the radio station and all of their 'experts' match you up with your perfect partner and then go get married.

Perhaps most disturbing to me is what that couple will miss out on. The awkward dance of courtship is what makes it so special when you get through it and it turns into love. Holding hands for the first time -- I still recall the very moment with Jim. The first kiss. The uncertainty of the other person's feelings.... hours of consult with friends and family. Calls to girlfriends at 2am to discuss in excrutiating detail every word spoken on a date. Every piece of minutiae dissected for meaning.

Learning later on that there was no meaning in half of what he did matters not. Jim denies many of the things my friends and I perfectly catalogued and analyzed. From which couch he sat on (he sat on the far couch which meant he didn't like the porkchops) to what he said when he dropped me off after a date (he said 'talk to you later' without telling me a time, which meant he was being aloof and controlling.)

I laugh as I recall it all. Months and months and months of careful analysis and conjecture. Countless rings of group emails and late night phone calls. Lunches where my friends and I poured over everything. And the gradual cessation of those sessions. The gradual shifting of trust from them... to him. The slow, steady transfer of time and attention away from the friends and toward the man. The eventual realization that he was my soulmate. The letting go of safety and then taking the risk to make the leap of love.

I would not give up a single moment, a single tear, a single fear of those days, weeks, months, years. Countless times I would question if he was "the one." And countless times I made the choice to continue forward to find out. All of it leading up to that sudden and unexpected moment when he asked me to marry him.

And then, the joys and the excitement of being engaged! The culmination of 18 months of dating, worry, laughter, tears, good times, bad times, and waiting. The fears of what it meant to get married, the realization that I had nothing to fear. Several more months of preparation, emotional ups and downs and excitement beyond belief.

When I stood on that altar and promised to love my husband until death, there was not a doubt in my mind. I had done the hard work to get to that day. And as much as I loved my wedding (and boy did I!) it was one day in my life. It was the first day of my married life. But the hard work continues. A different kind of work, to be sure. But it's built upon the foundation of the work done before.

Marriage is much more than simply finding people who are compatible and then rushing them into the wedding. Getting married and being married are two completely different things. The problem today is that too many people want the former, and too few want the latter.

This promotion deludes people into thinking it's that easy to find love and marriage. The "blind" portion of it is simply a gimmick to appeal to our voyeuristic natures. And it places the most attention on the one thing it claims it is removing from the equation - physical appearance.

If the couple gets married, they would argue, then it means looks were not as important. If the marriage fails? Then looks are all important. You don't need to be a scientist to see the flaws in this kind of thinking. To even suggest that 6 weeks is all that are needed to form a lasting bond is foolish. To hold out that false hope to countless people looking for love... is a shame.

What can we do to stop it?
Get back to me.
Gene

Sounds like the commenter above is having a bad day? :-)

I liked your post. And I didn't think you were "preaching".

this made me smile! i love how you describe the part about you and your husband before you'll were married. this gives me so much joy. thank you! and you seem like a very sound woman!